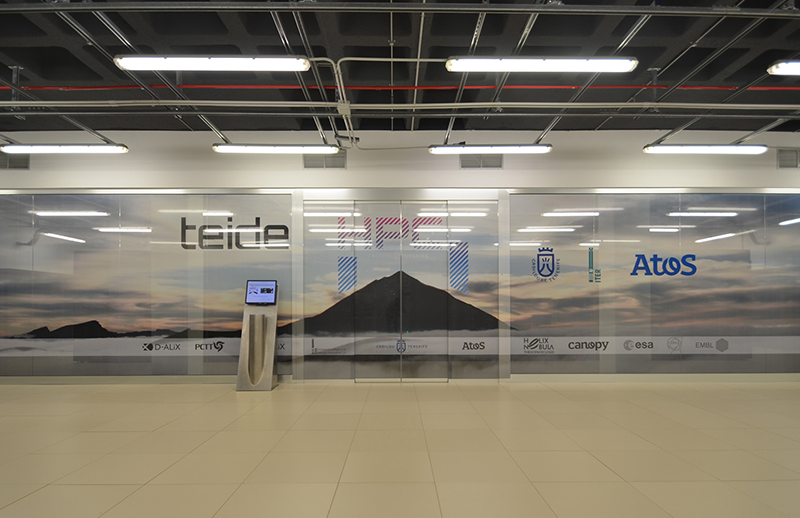 04 Apr The TEIDE-HPC Supercomputer: A First-Rate Infrastructure for the Film Industry

Posted at 10:04h in Blog, Business by Severina

Tenerife is a virtual set and a source of resources for the film industry.

In addition to offering infrastructures that facilitate the process of developing audiovisual works, Tenerife’s place in the film industry is gaining international recognition thanks to the opportunities generated by a new activity within the audiovisual sector: the animation and video game industry.

“In the video game sector alone, the turnover is higher than the combined revenues of the film and music recording industries in this country.” —Spanish Video Game Association (AEVI), 2017 Yearbook

It’s not just video games, the animation industry is also growing, and both will continue to grow in the future.

Both the White Book prepared by the Spanish Association of Video Game and Entertainment Software Producers and Developers (DEV) and the one written by the Federation of Animation and Visual Effects Producers (DIBOOS) predict that the sector will grow between 23 and 24%.

It appears that this fledgling industry has a promising future.

In 2017, the animation studio 3 Doubles Producciones decided to establish their headquarters in Tenerife. The company was only four months old when they made this decision.

When asked at a press conference why they chose to set up their headquarters in Tenerife, they replied:

“A key part of how we landed in Tenerife lies in the logistical support received from institutions such as the Tenerife City Hall and the Tenerife Film Commission, who have made our arrival much easier and helped us solve a tremendous number of problems.”

Today, they are still developing their audiovisual projects in Santa Cruz de Tenerife.

“The Canary Islands are, without a doubt, among the top three places that offer the sort of incentives necessary to develop and create an animation industry” —Raúl García (first European animator at Disney).

It’s likely that the juicy tax incentives that the Canary Islands offer this type of productions and these types of companies (a 20-point reduction over the tax rate in the rest of Spain) are an incentive to be had in mind when setting up shop in Tenerife.

Tenerife is already home to seven animation studios, and the sector has created over 300 jobs in recent years.

For Tenerife City Hall, this was more than enough reason to launch the recent promotional brand Tenerife Isla Cartoon , a branch of the Tenerife Film Commission exclusively dedicated to promoting the animation industry.

However, none of this would be of much use if these companies didn’t manage to deliver the sort of quality that the animation sector demands. Moreover, having access to the highest possible quality technical support is necessary in order to provide quality productions.

What does Tenerife offer the audiovisual sector in this sense?

Daily Fables, Treasure Trekkers, The Steam Engines of Oz, Emmy & Goroo and the hit feature films Tad, the Lost Explorer, Capture the Flag and Ozzy are just some of the national and international animation projects developed in Tenerife.

With this level of connectivity, working from Tenerife when you need to deal with companies that are located in other countries or continents is no problem at all.

This huge connectivity, plus the professionalism and creative talent available on the island, are an invaluable combo for animation productions.

However, the one advantage that makes all the difference for animation projects developed in Tenerife is the Teide-HPC (High-Performance Computing) Supercomputer.

What’s more, some of the productions mentioned above exist thanks to this supercomputer.

The Teide-HPC is one of the most powerful supercomputers in Spain and is available to researchers, companies based at INtech Tenerife, and the University of La Laguna (ULL).

Its technical features include 1100 Fujitsu computing servers, a total of 17800 computing cores, and a 36-TB memory.

One example of its capacity is the simulation created by the IAC (Canary Islands Astrophysics Institute) to illustrate the formation and evolution of a cluster of 20,000 galaxies. We’re talking about a space that is 1.6 billion light-years long and spans a time interval of 13 billion years.

Imagine having this computing capability available for the animation industry.

The Teide supercomputer offers Infrastructure as a Service for rendering, and many productions have already taken advantage of this service.

For instance, Lightbox Animation Studios (a company based in Madrid) managed to premiere its film Capture the Flag in record time thanks to the Teide HPC’s huge computing capacity. Moreover, the supercomputer was used to develop the hit Spanish production: Tad, the Lost Explorer.

Since rendering is a crucial step in the animation process, it’s only logical to think that the Teide supercomputer is an essential tool for the animation industry.

Not only that but, in this respect, the Teide supercomputer also creates opportunities in other fields where animation also plays a relevant role. Such is the case with video game development as well as special effects production.

Audiovisual and animation companies with offices at INtech Tenerife enjoy all of these technological advantages.

In 2017, Lightbox Animation Studio chose INtech Tenerife as the location for the prestigious Lightbox Academy, a center dedicated to training new professionals in the world of animation and 3D modeling.

Thus, students at the academy can also take full advantage of the infrastructure available on the island in the course of their studies.

Another of the companies present at INtech is Blackout Films, the Canary Islands’ first digital laboratory. The company was founded over eight years ago and is currently offering its services for different stages of the audiovisual production process from INnovaparq Dársena INfactory.

These companies are just a few examples that prove that Tenerife offers the necessary tools and incentives for developing all sorts of projects within the audiovisual industry.

To learn more about the advantages Tenerife has to offer audiovisual companies, download our guide in English: “Tenerife: A Place to BE. 5 + 1 Reasons to Work in Tenerife.”